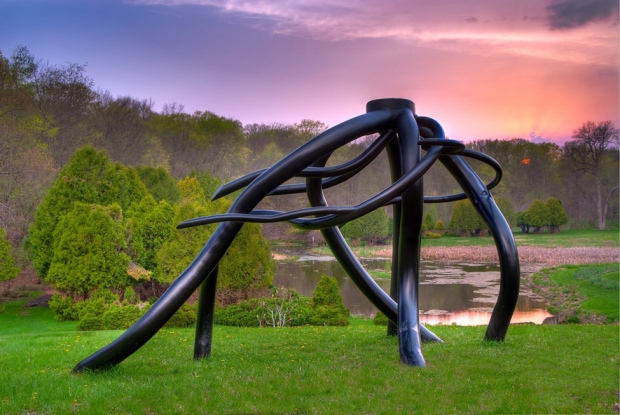 I was first introduced to the work of Steve Tobin on a jaunt through Maine in the summer of 2001.  Shortly thereafter the world changed and his work followed suit.  Perhaps best known for his “Trinity Root”, a moving memorial to 9/11, his work has continued to evolve and flourish.

Read about some recent controversy HERE.

Read about some recent triumphs HERE.

NEW YORK – SEPTEMBER 8: Guided by workmen, the “Trinity Root” sculpture is lowered into place by a crane in the Trinity Church yard September 8, 2005 in New York CIty. The three-ton, 121/2 foot by 20 foot bronze memorializes the stump of the 70-year-old sycamore tree that shielded St. Paul’s Chapel from falling debris on September 11, 2001. (Photo by Stephen Chernin/Getty Images)