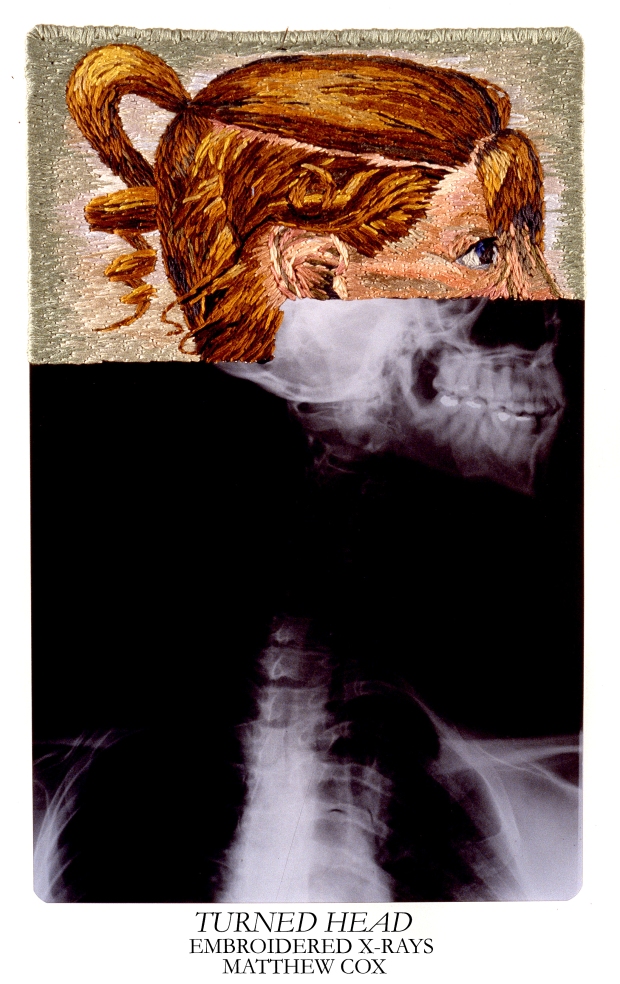 My husband cherishes his 1941 Packard Clipper.   As snappy as it is to tool around in, one does appreciate the miracle of power steering after driving it.  I wouldn’t recommend negotiating a three-point turn if you have trouble benching <100 lbs.

This fall, he parked on a slight incline and realized after alighting from the vehicle that the parking brake had not engaged.  Instinctively (read, without thinking), he grabbed the door believing he could somehow jump inside and prevent the car from rolling into oncoming traffic.  Well, you can imagine the rest.  A ton and a half of rolling stock used him as a speed bump.   Miraculously, he was released from the Vanderbilt Medical Center six hours later with the mild diagnosis of a chipped shoulder and some angry-looking scrapes.   We did get a lovely set of X-rays from the hospital as souvenirs.  And the really good news – his efforts were not in vain.  The car was unscathed and hardly remembers the incident.

Artist Matthew Cox finds beauty to be much more than skin deep. 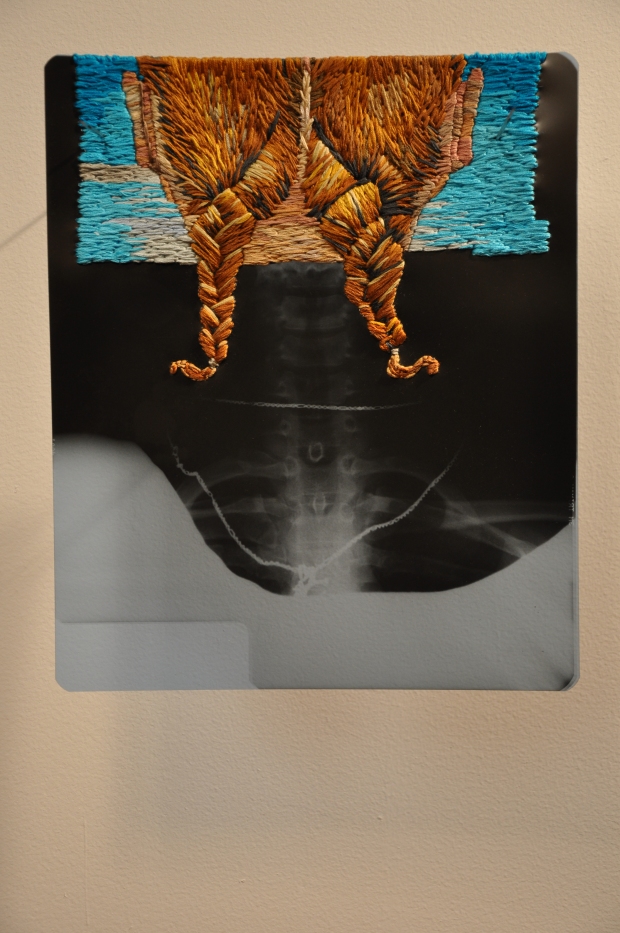 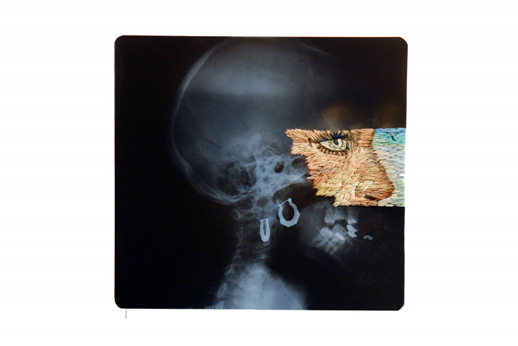 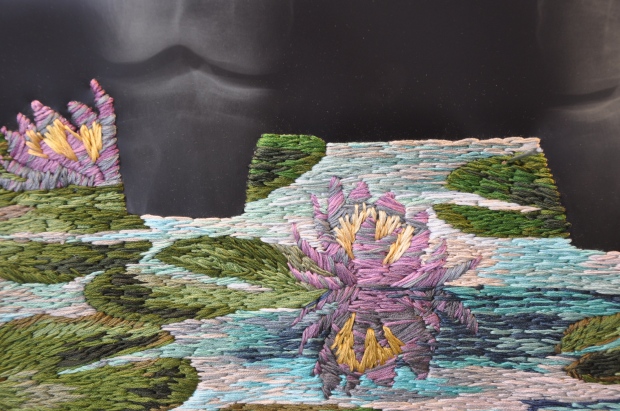 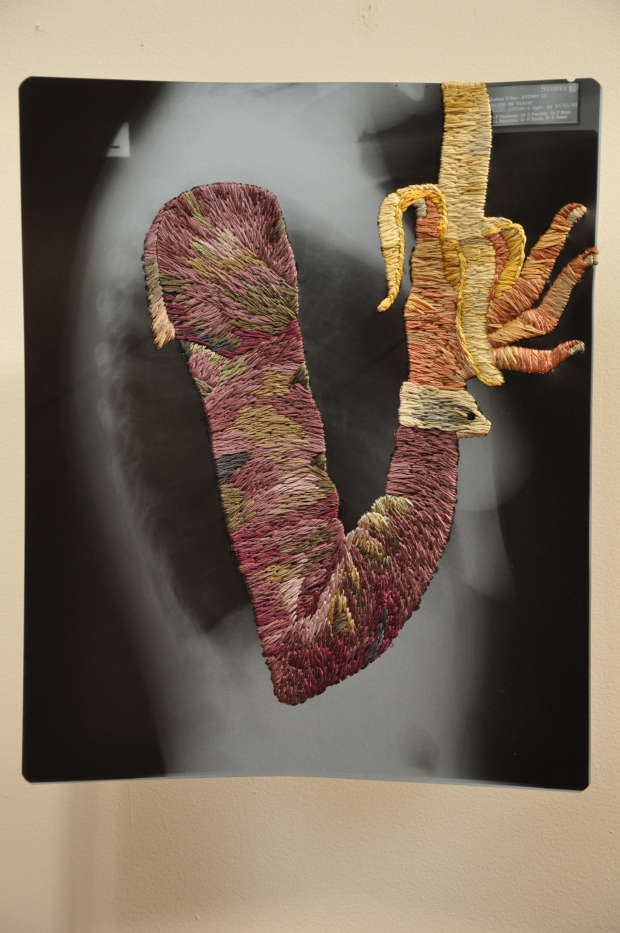 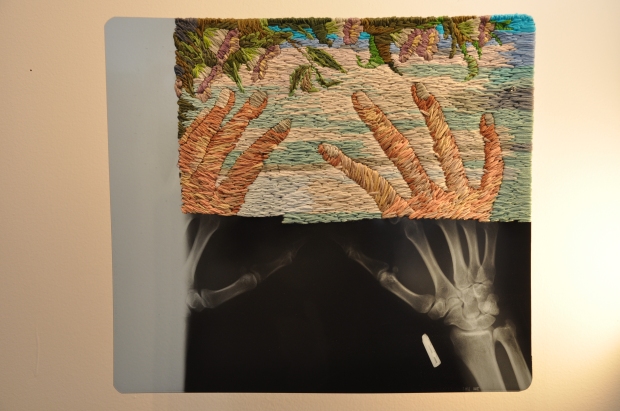 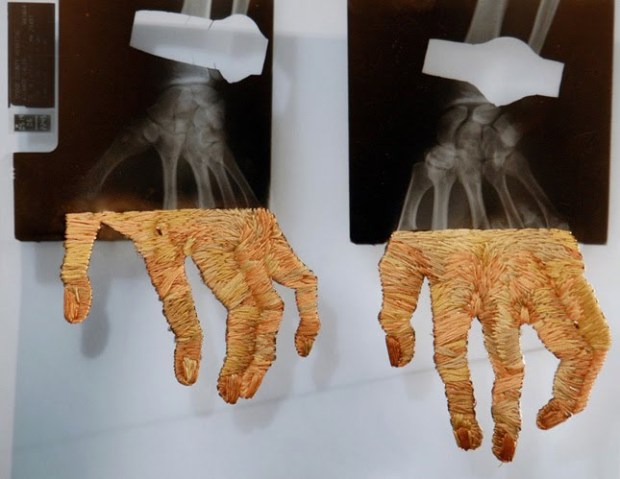 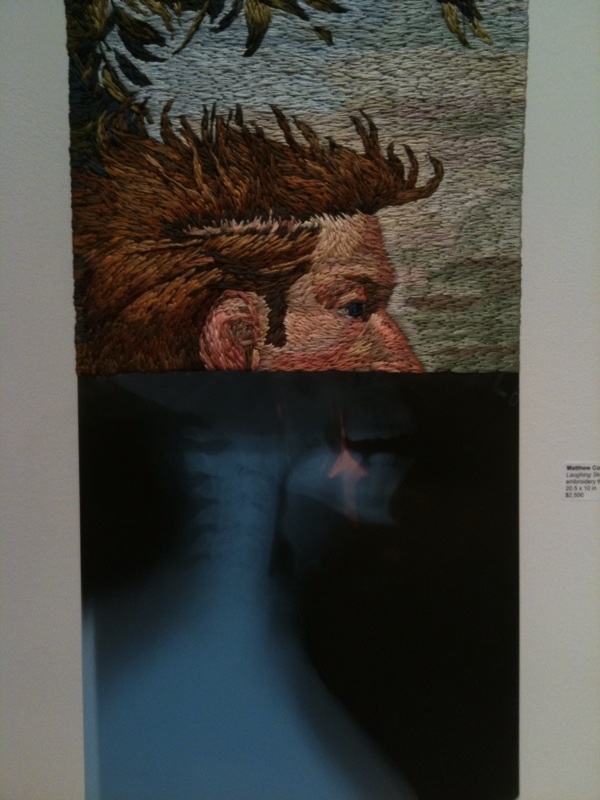 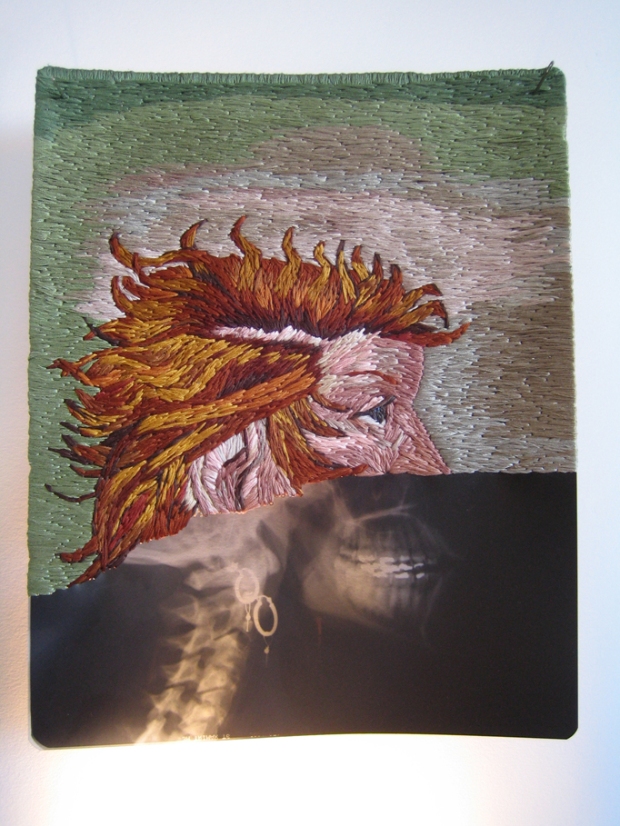 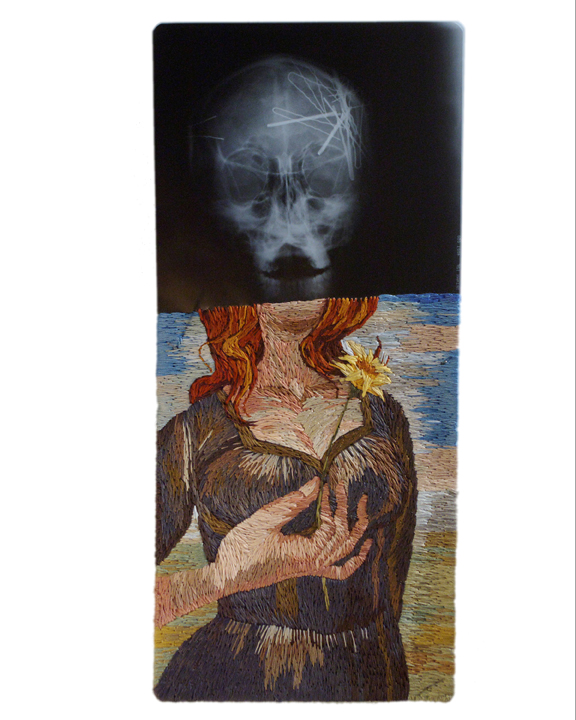 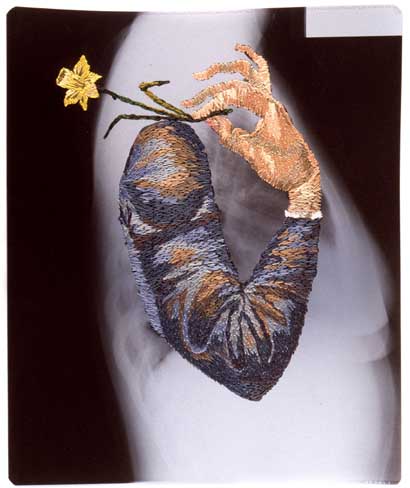 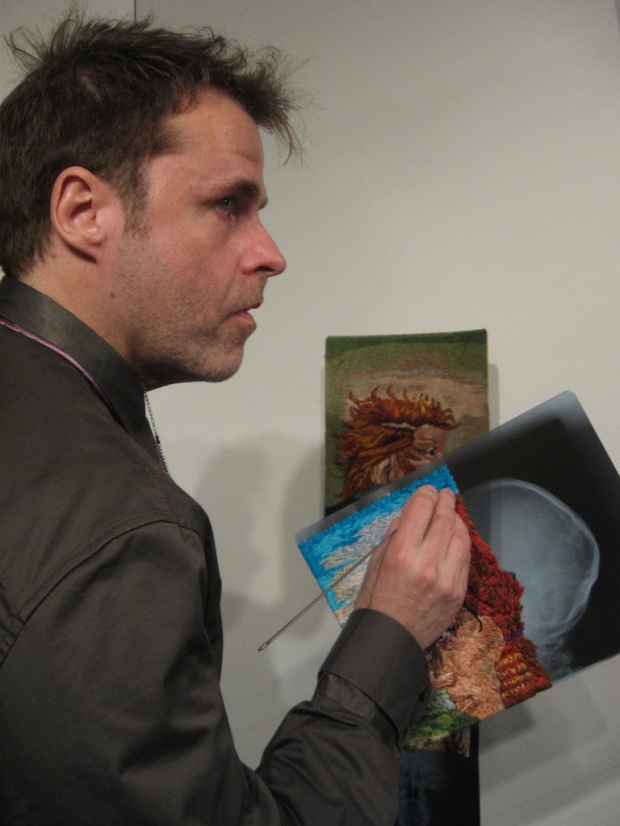