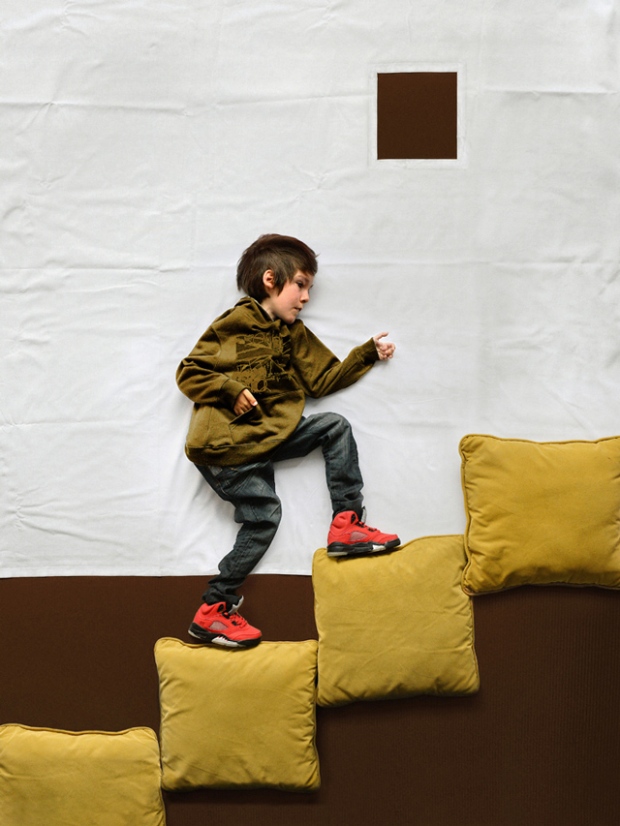 From http://www.thisiscolossal.com: Slovenia-based photographer Matej Peljhan recently teamed up with a 12-year-named Luka who suffers from muscular dystrophy, to create a wildly imaginative series of photos depicting the boy doing things he is simply unable to do because of his degenerative condition. While he can still use his fingers to drive a wheelchair and to draw, things like skateboarding and swimming are simply not possible.

After having a conversation with Luka about his understandably normal desire to play sports or go swimming, Peljan was struck with the idea to create a non-digitally manipulated series of photographs showing the boy conquering a number of imaginary physical feats. The photographer used sheets and other props as a backdrop and shot Luca from above to capture each image, showing clearly the boy’s strength and shared sense of humor. See more photos from the series on the photographer’s website. All images courtesy the artist. (viapeta pixel) 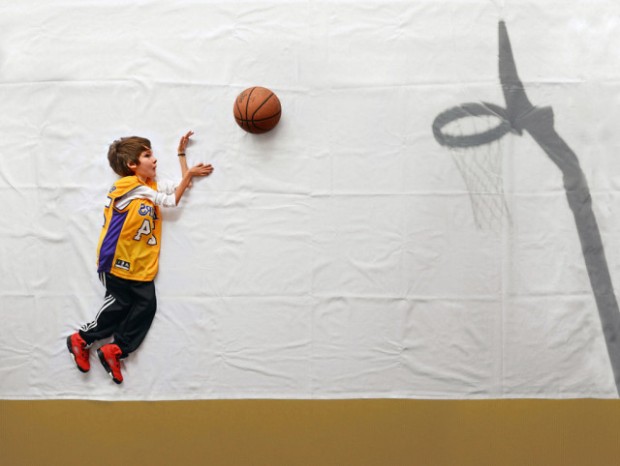 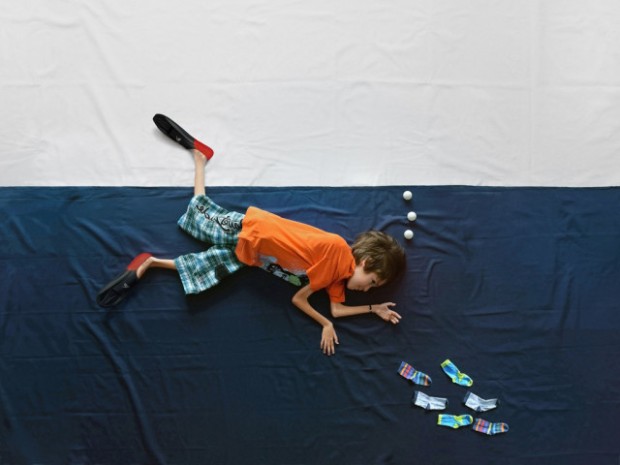