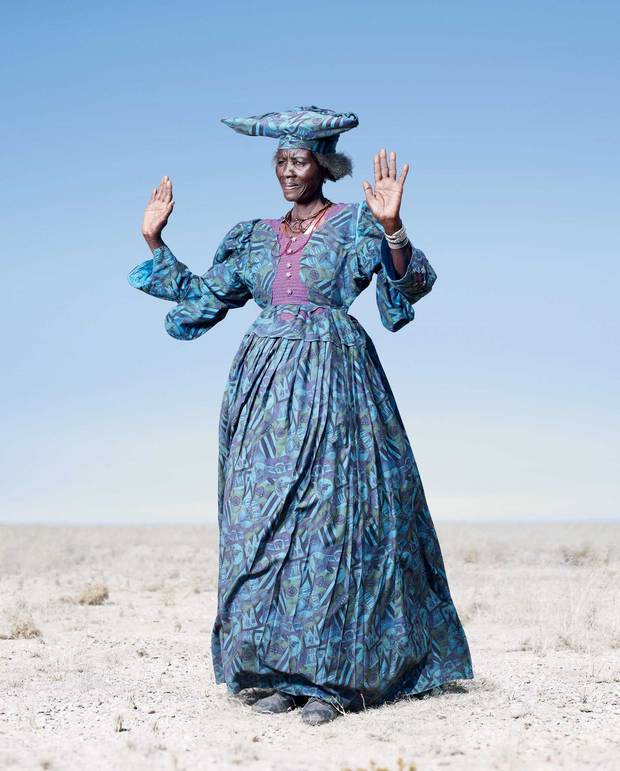 I’m so taken with Jim Naughten’s photography and, if I could, I would buy every one of them, NOW.  He is hotter than the Namibian desert in which the subjects of this series were photographed.  Instead of quippy writing on the subject today, I’m including verbatim explanation from his website so we can all learn together.  Enjoy!

Each image, a portrait of Herero tribe members of Namibia,
reveals a material culture that harkens the region’s tumultuous
past: residents wear Victorian era dresses and paramilitary
costume as a direct result and documentation of its early 20th
century German colonization.

In the European scramble to colonise Africa, Kaiser Wilhelm’s
Germany claimed one of the least populated and most hostile
environments on the planet. It became Deutsche Sudewest-
afrika. Though sparsely populated, it was already home to the
San, Nama and Herero people. Rhenish missionaries set about
converting and clothing them after European fashion. Over
time, this became a Herero tradition, and continuing to dress
in this manner was a great source of pride to the wearer.
Gradually, regional variations in the silhouette emerged; for
example, the addition of ‘cow horns’ to headdresses reflects
the great importance with which they regard their cattle.

War broke out between German colonizers and the local tribes
in 1904. The Herero tribe was devastated, having lost almost
eighty percent of its population. Garments became an important
expression of identity during these fragile times. Upon killing
a German soldier, a Herero warrior would remove the uniform
and adopt it to his personal dress as a symbol of his prowess in
battle. Paradoxically, as with the Victorian dresses, the wearing
of German uniforms became a tradition that is continued to
this day by Namibian men who honour their warrior ancestors
during ceremonies, festivals and funerals.

These portraits are not intended to serve as a conventional
documentary of Herero culture. They do not capture the subject
in a snapshot of everyday life nor with objects typical of routine
or social station. Subjects are removed from their home and
intentionally suspended in a confrontational posture. As such,
their identity as Herero tribe members is reified in their garments
and their gaze, a colour and vibrancy brought into acute focus
by the contrasting setting.

By composing these portraits against the Namibian landscape —
one of unforgiving intensity but also of silent witness — there is
an enlivening that takes place in an otherwise frozen moment.
The still space, the direct gaze, the re-appropriated cloth combine
to curate a stillness that allows the past to speak. 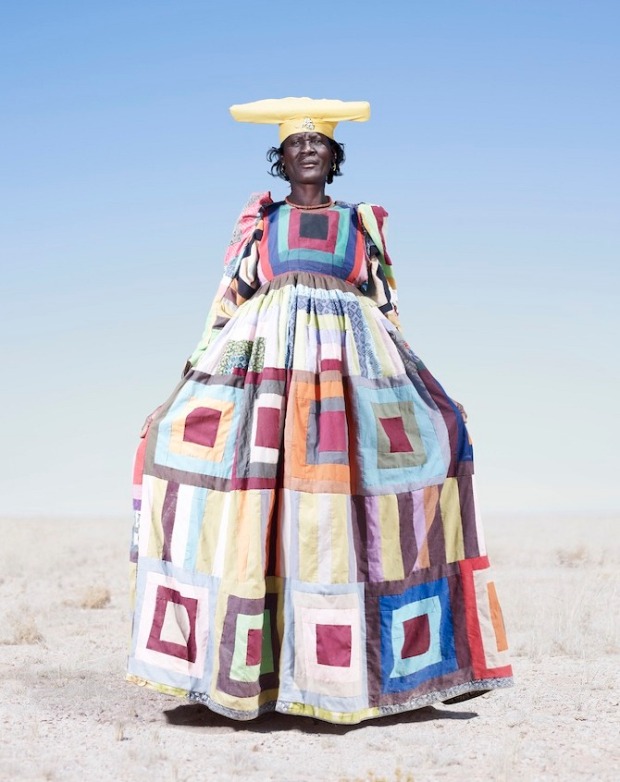 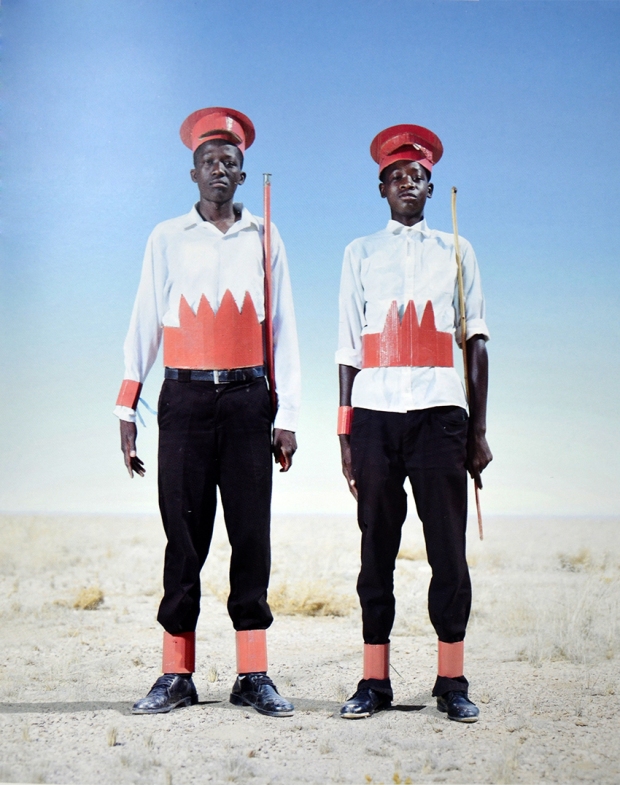 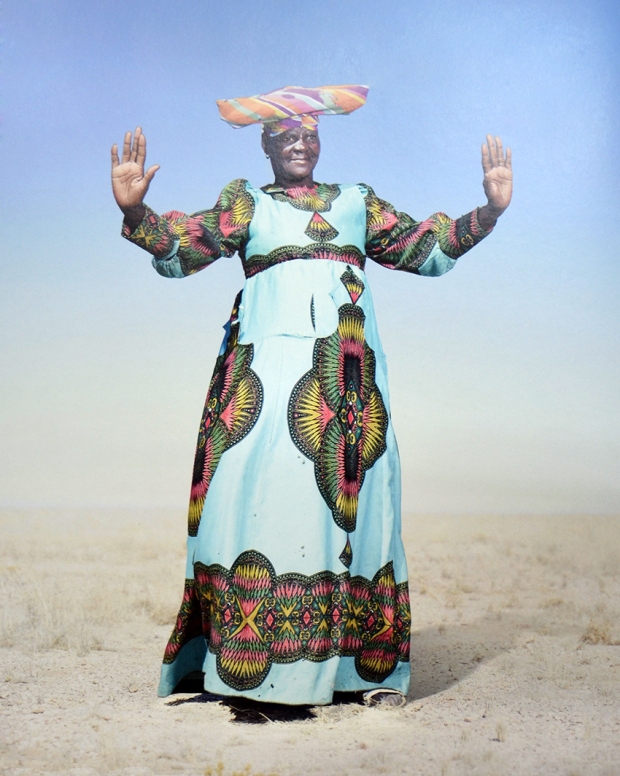 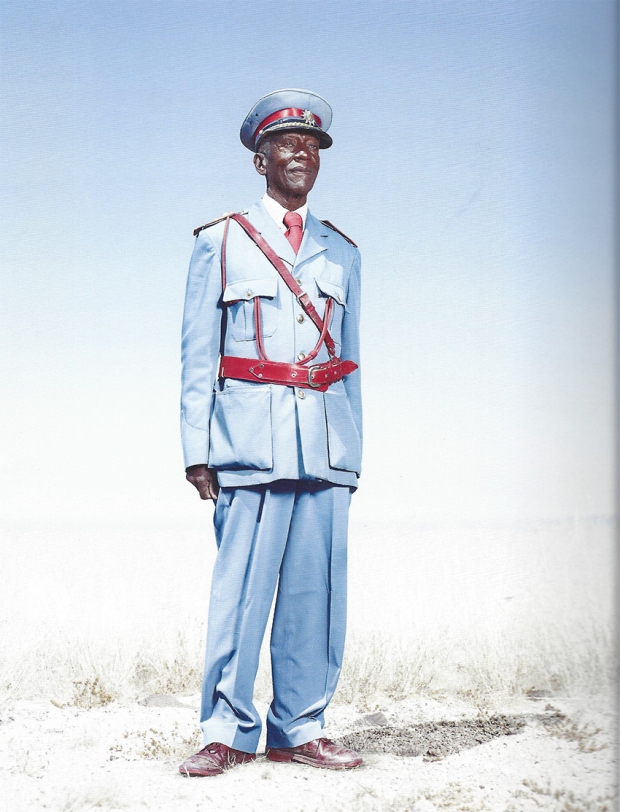 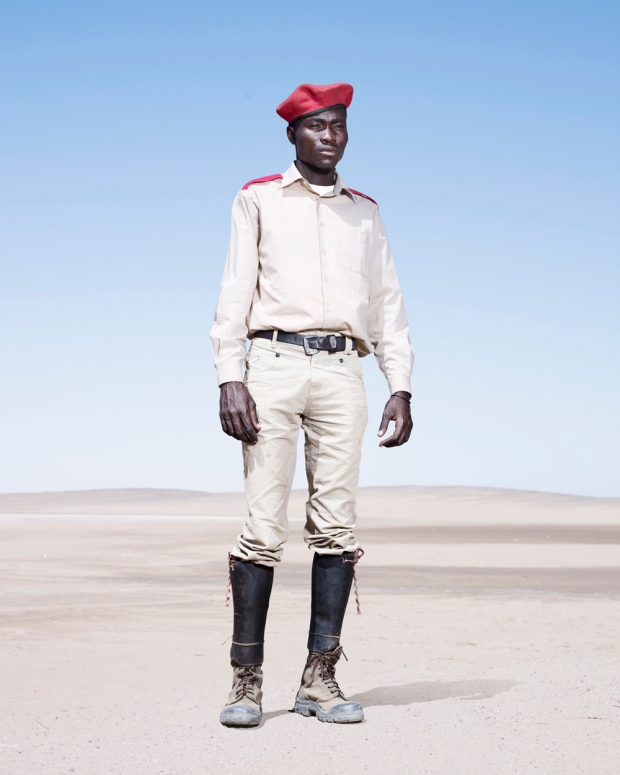 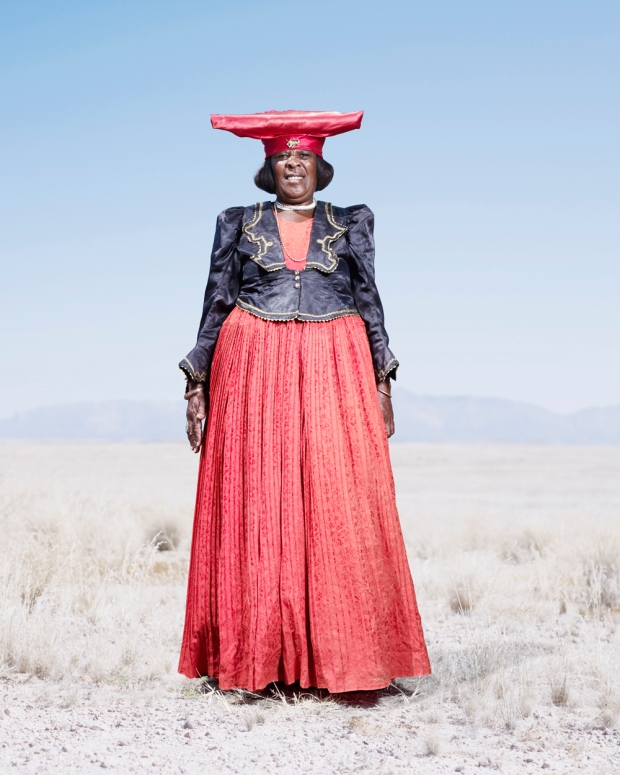 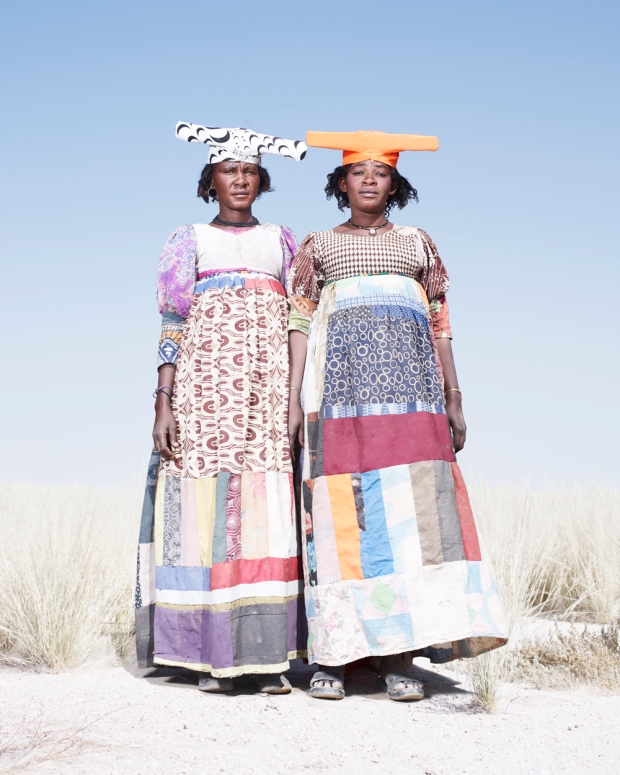 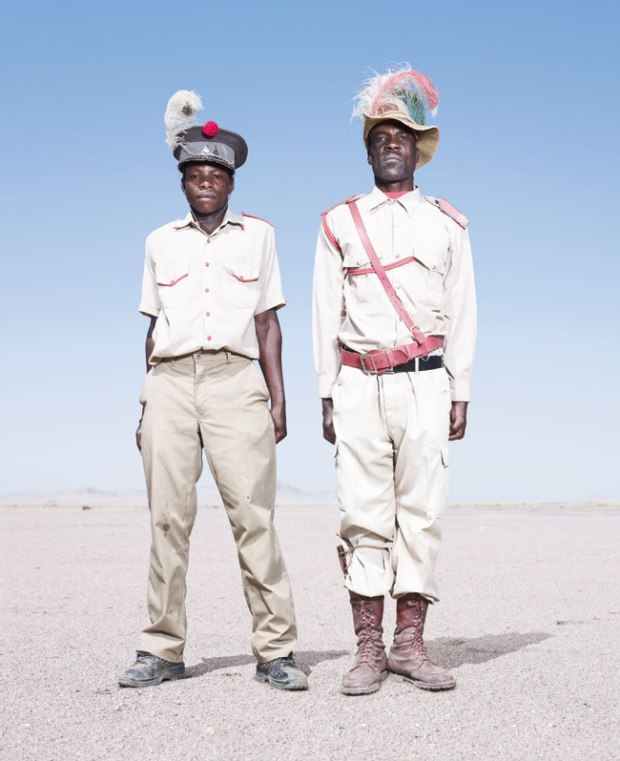