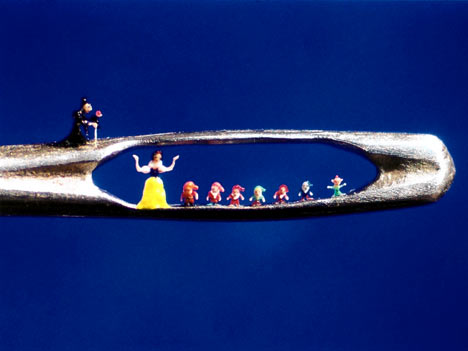 In all my years of searching, I’ve NEVER found a four-leaf clover.  Different story for my son, who find bouquets of them.  He is also an expert at “Where’s Waldo?”  A natural eagle eye, he never leaves an airport with less than a dollar in loose change recovered from the floor.  He simply has a knack for seeing things others may overlook.  His father and I are hoping he can parlay this into a fruitful career.  Maybe he’ll be a dermatologist.

Artist Willard Wigan definitely has an eye for detail.  He’s a nano-genius.    His microscopic creations live inside the eyes of needles and the tops of pins.  I think you will enjoy the video below. 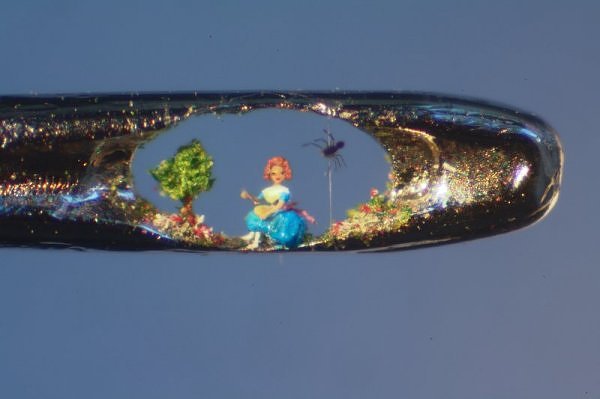 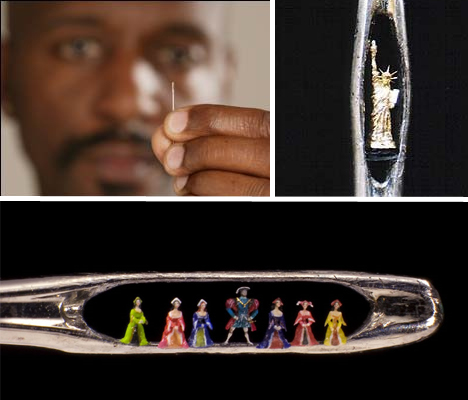 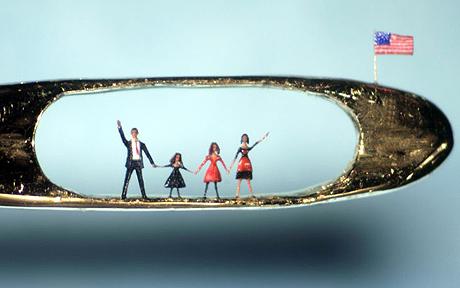 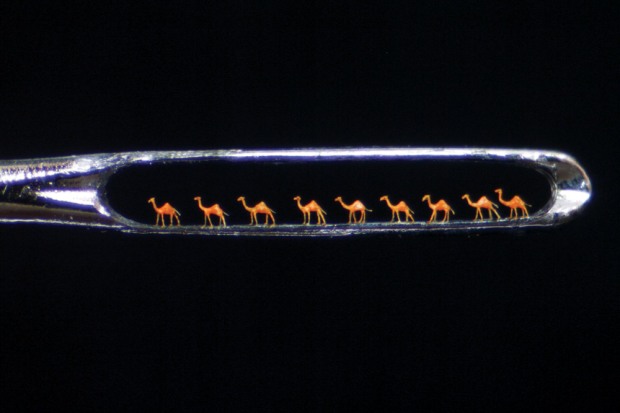 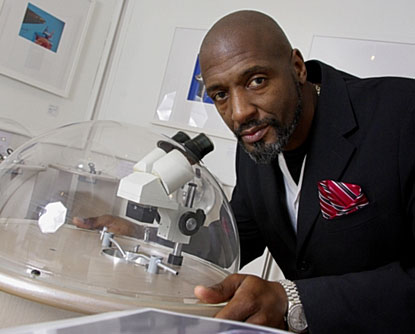