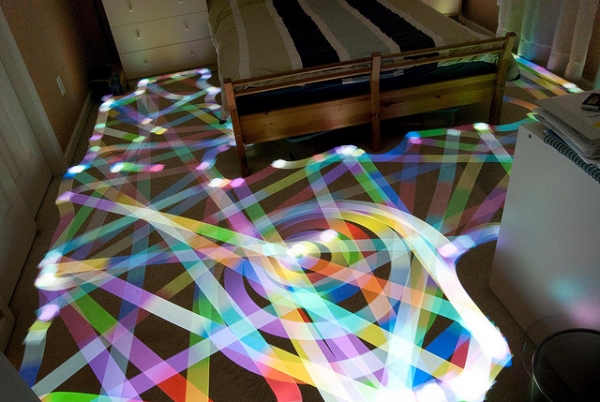 Long used for more than just cleaning, as a popular choice for robotics programming courses and competitions,
the roomba vacuum cleaner takes on a artistic undertaking in a series of timelapsed, ‘light painting’ photographs.
in the most basic renditions, roomba owners attach coloured LEDs to the devices and let them roam for the duration
of a long-exposure photograph. more enterprising photographers, like the IBR algorithm group at germany’s braunschweig
university of technology, create designs by constructing obstacles, thereby designating space that the roombas cannot pass into
and which thus remains dark. flickr user reconscious utilized accelerometer-driven LEDs so that the colour light
varied depending on the roomba’s movement. (From thisiscolossal.com) 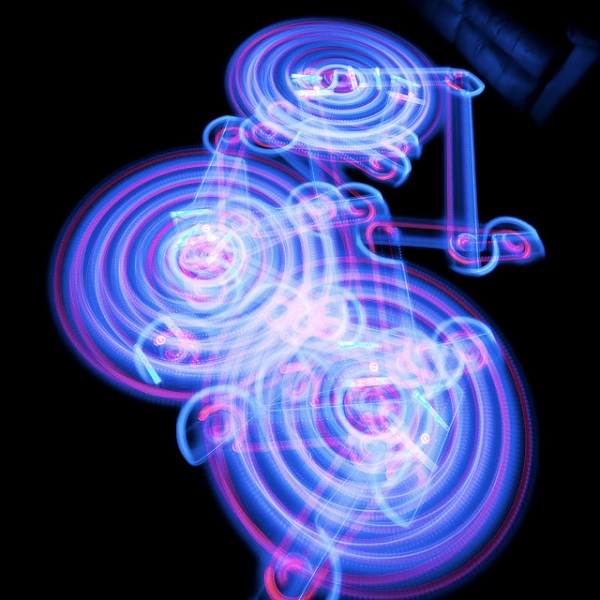 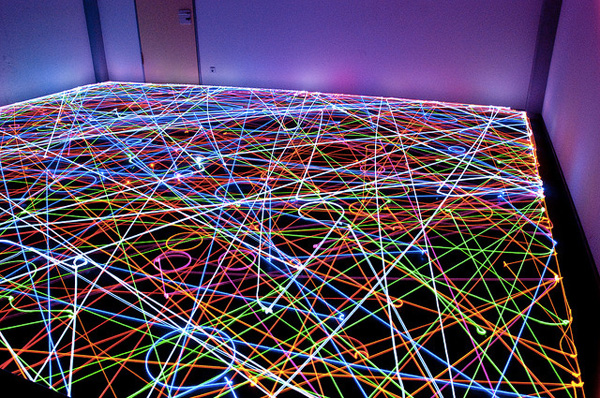